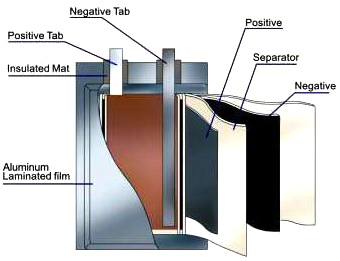 The thickness of the aluminum foil at the positive electrode is mostly around 20μm while the thickness of the copper foil at the negative electrode is around 12 μm. Both the aluminum foil and the copper foil have a painting layer of about 100 μm at their two surfaces respectively. The traditional processing mean of the electrodes of the lithium-ion battery is to use the die-cutting machine, slitting machine and other conventional processing equipment. Such traditional processing mean will wear the equipment in processing. Therefore, the cutting die has to be exchanged regularly. As a result, the processing cost is relatively high. Meanwhile, the batter electrodes might appear roll rim, unsmooth cutting surface, burr and other product defects. Currently, there have been a kind of electrode cutter of nanosecond fiber laser, which can solve the above-mentioned quality problems. Because laser cutting is non-contact cutting, it will reduce the cost of the consumables greatly and improve the processing efficiency. It is recognizing by the battery manufacturers gradually. However, since the electrode is made of composite materials, it is usually named as the "sandwich" material. The nanosecond laser cutting belongs to hot working. The electrodes cut by the nanosecond laser cutting machine might generate the phenomenon of contractive coating. The middle electrode layer in the cutting part might have naked condition. As the enlarging capacity of the power battery, the requirements to the battery electrodes are also becoming higher. Such a product defect will bring potential safety hazard to the products.

There is a contrast test for ultrafast fiber laser cutting battery electrode according to the customer request.
I. Requirement of processing technology: 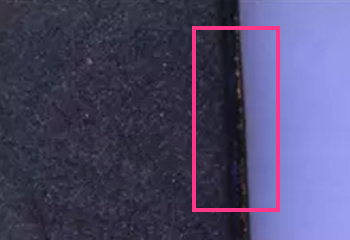 Pic. 1 Sample of the electrode cutting by nanosecond fiber laser 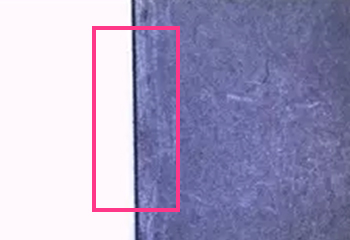