Sunlight, or solar radiation, radiates visible light, infrared, ultraviolet light, radio waves, X-rays and gamma rays. Of these, plants rely on those within the general range of 400-700nm to drive photosynthesis. Our human response to wavelength is usually in the middle of this range, in the region of 500-600 nm, such as green, orange and yellow. We also see blue and red, the colors at the edges of the range, but not as well. Ask a plant for its favorite color and it'll tell you the best and brightest color is blue, and the second best is red. (The leaves are green because they reflect most of the green light that falls on them.) 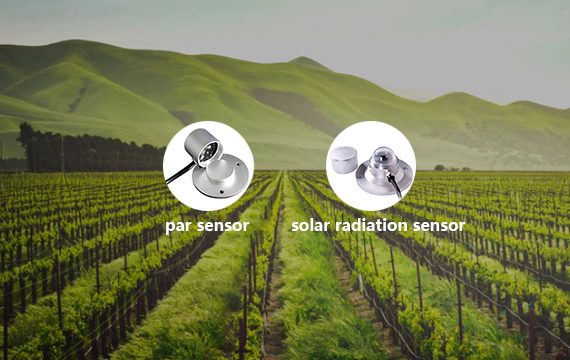 A photosynthetically active radiation (PAR) sensor, measures light in the more plant-friendly range of the spectrum: the range of 400-700nm. This is particularly important for growers who do not grow crops in the outdoor sunlight. Through data management using planting lamps and par sensors, growers can plant all year round. They can control the time, intensity and duration of light experienced by "day" plants.

But PAR sensors are not only for indoor growing. When installed at different heights, they can help growers and forest farmers understand the distribution of light in the canopy. Oceanographers and aquaculture growers can use them to understand light in water at different depths.

PAR sensor is mainly used for measuring solar radiation within 400-700nm wavelength. It is easy installation and can work continuously in all weathers. When there is sunlight, voltage output proportional to incident light intensity will be generated by the silicon-photo detector in the sensor. Its sensitivity is proportional to the cosine of incident light direct angle. Each product is with one sensitivity coefficient respectively. It can directly output radiation value in unit of μ*mol/m2*s.