Radiation sensor is a type of actinometer. This device is used for measuring broadband solar irradiance as well as solar radiation flux density, which means that it measures the power of the light and heat from the sun. When placed on a flat surface, sensor can be used for identifying solar radiation.

Radiation sensor works by measuring the number of small units of light, known as photons that impact a physical or chemical device located within the instrument. Solar radiation sensors are typically not powered due to the fact that the components located in the device either are influenced by or react to solar radiation in a direct manner.

PAR sensor that is capable of measuring photosynthetically active radiation, within the 400 to 700nm range, even achieves 3500nm. Silicon is a kind of semiconductor. Semiconductor photoelectric sensor is the most ideal photoelectric sensor because of its small size, high sensitivity, fast response speed and easy integration. Photon is the carrier of electromagnetic radiation, and in quantum field theory, photon is considered as the medium of electromagnetic interaction. Like other quanta, photon has wave-particle duality, which can show the properties of classical wave such as refraction, interference and diffraction.

Pyranometers are comprised of a thermopile sensor that typically has a black coating. The sensor is designed to absorb solar radiation. Thermopile principle is absorption film irradiated by infrared ray is a kind of thin film with low heat capacity and easy temperature rise. The lower part, immediately next to the center of the liner, is a hollow structure designed to ensure the temperature difference between the cold end and the temperature measuring end. Pyranometers detect both direct and diffuse radiation. The radiation that is absorbed by the sensor is converted to heat. That heat then flows through the sensor to the device's housing. In addition, the dome helps to protect the thermopile sensor from convection. 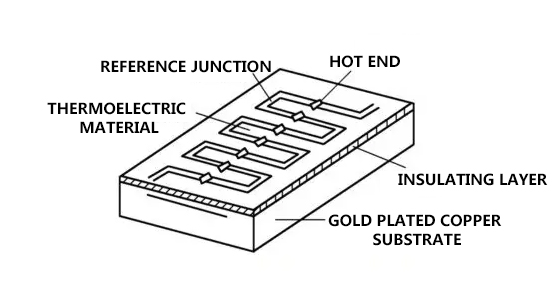 Solar radiation sensor uses the principle of silicon photocell. Silicon photocells work on the basis of the photovoltaic effect. When the semiconductor PN junction is at zero bias or reverse bias, in their joint surface depletion region exists within a field, when a light photon will bound electron excitation in the valence band to the conduction band, inspire the electron hole respectively under the action of the electric field, drift to the N and P type area, when load on both ends of PN junction add a light when current flows through the load. The level of possible measurement of a solar radiation sensor will vary based on the position of the sun.