What is a Strain Gauge Load Cell Construction and Working?

What is a Strain Gauge Load Cell? 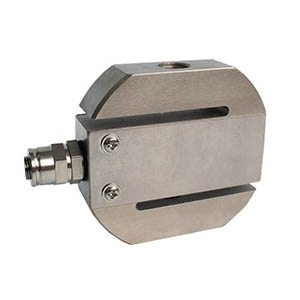 The strain gauge load cell is based on the principle that the elastic deformation of the elastomer (elastic element, sensitive beam) causes a deformation of the resistance strain gauges (conversion elements) attached to its surface under the action of an external force. The process of converting the external force into an electrical signal is thus completed. The internal structure of the strain gauge plays a different role in this conversion process. There are the three main components of strain gauge load cells in the followings.

A resistance strain gauge is a resistive wire mechanically distributed on a substrate made of organic material, which becomes a strain gauge. It can be divided into several types. For example, there is a kind of full bridge resistence strain gauge. Its important parameter is the sensitivity factor K. Let's uintroduce its significance.

A metal resistive wire of length L, with a circular cross-section of radius r, whose area is denoted S 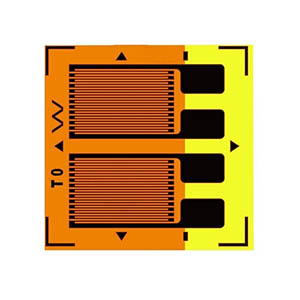 and whose resistivity is denoted ρ. The Poisson's coefficient of this material is μ. When this resistive wire is not influenced by an external force, it has a resistance of R.

When he ends are subjected to a force F, they will elongate, that is to say, deform. In addition, it can be demonstrated experimentally that the resistivity of this metal resistance wire changes after deformation, which is noted as Δρ.

It is important to note that the sensitivity factor K is a constant determined by the nature of the material from which the wire is made, and is independent of the shape and size of the strain gauge, which generally ranges from 1.7 to 3.6 for different materials.

In mechanics of materials ΔL/L is referred to as strain and is denoted as ε. It is often too large and inconvenient to use it to represent elasticity.

It is often given in parts per million as a unit and is denoted as με. So its equation is often written as this.

An elastomer is a structural element with a special shape. Its function is twofold: firstly, it bears the external forces to which the load cell is subjected, generating a reaction to them and achieving relative static equilibrium. Secondly, it has to generate a high-quality strain field (zone) so that the resistance strain gauges pasted in this zone are more ideally suitable to the task of converting the electrical signal of the strain date.

Let's describe the stress distribution in it.

It should be noted that the stress states analyzed above are "local", whereas the strain gauges in reality should feel the "average" state.

The detection circuit has the function of converting the change in resistance of the strain gauge into a voltage output. Whisten bridges are widely used in load cells because of their many advantages, such as the suppression of temperature variations and lateral force interference and the ease of solving load cell compensation problems. 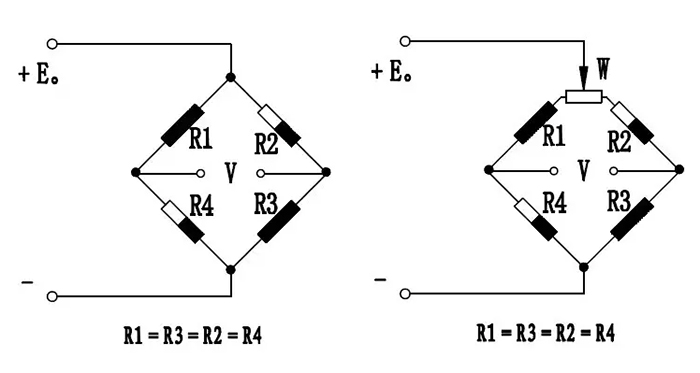