What are the Components of a Laser Machine? 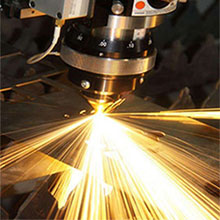 To generate laser, a suitable working medium must be selected, which can be gas, liquid, solid or semiconductor. In this medium, population inversion can be achieved to create the necessary conditions for lasing. At present, there are nearly 1,000 laser working media, and the laser wavelengths that can be emitted range from ultraviolet to far-infrared.

In order to make the particle number inversion appear in the working medium, a certain method must be taken to excite the entire atomic system to increase the number of particles in the upper energy level. Generally, gas discharge can be used to excite the atoms of the medium by using electrons with kinetic energy, which is called electrical excitation; a pulsed light source can also be used to irradiate the working medium, which is called optical excitation; there are other forms such as thermal excitation and chemical excitation. These excitations are figuratively called pumping. In order to continuously get laser output, it is necessary to constantly "pump" to maintain more particles in the upper energy level than the lower energy level. 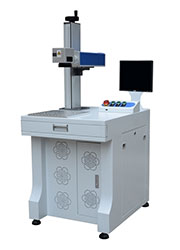 With the proper working medium and excitation source, the population inversion is realized. However, the intensity of the stimulated emission produced in this way is still too weak for practical application. The function of the optical resonator is to amplify. The so-called optical resonator is actually two pieces of reflectivity installed at both ends of the laser, facing each other. Very tall mirror. One is almost totally reflective, and the other is mostly reflected and a little transmitted, so that the laser light can be emitted through this mirror. The light reflected back to the working medium continues to induce new stimulated emission, and the light is amplified. So the light oscillates back and forth in the cavity, creating a chain reaction that is continuously amplified like an avalanche. A strong laser is generated, which is emitted from one end of the partially reflecting mirror.