Electric linear actuator mainly composed of motor, actuator and control device, which can realize remote control and centralized control. Electric linear actuators perform reciprocating motion within a certain range of strokes. Generally, the standard strokes of linear actuators are 100mm, 150mm, 200mm, 250mm, 300mm, 350mm, 400mm. Special strokes can also be designed and customized according to different application conditions. Electric actuators with different thrust can be designed according to different application loads. Generally, the maximum thrust can reach 12000N and the no-load running speed is 4mm ~ 35mm/s. The electric linear actuator uses a 12V / 24V / 36V / 48V DC permanent magnet motor as the power source, and converts the rotary motion of the motor into a linear reciprocating motion. 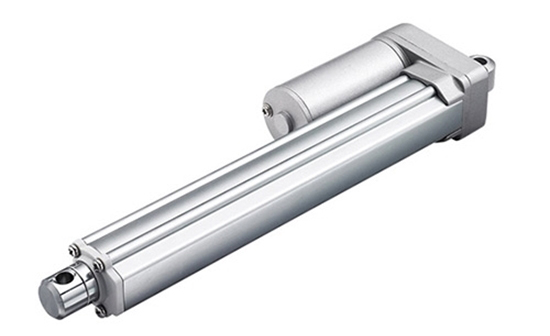 After the speed decreasing by the gear or worm gear, the motor drives a pair of screw nuts. It transforms the rotary motion of the motor into linear motion, and uses the forward and reverse rotation of the motor to complete the putter action. For example, complex actions such as turning and shaking can be accomplished through various levers, rockers, or links and so on. By changing the length of the lever arm, the stroke can be increased or decreased.

Transmission form of worm gear and worm gear: The worm gear on the motor gear drives the worm gear to rotate, so that the small screw in the worm gear moves axially. The connecting plate drives the limit lever to move axially accordingly. When the required stroke is reached, the limit switch is pressed to depress the stroke switch to cut off the power and the motor stops running (the positive and negative control is the same).

Gear transmission form: After the motor passes the reduction gear, it drives the small screw rod installed on the inner tube, and drives the axial running nut connected with it. When the set stroke is reached, the nut antenna presses the limit switch to disconnect the power, and the motor stops moving (the reverse direction is the same as it). 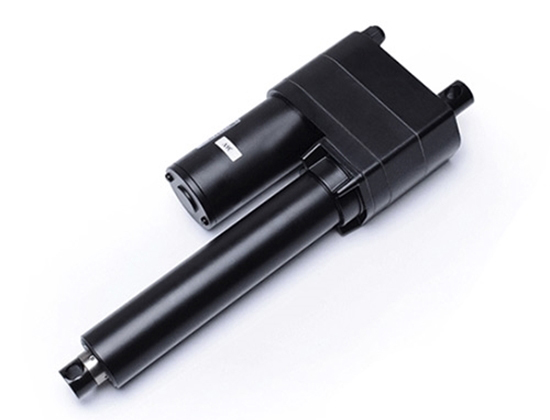