The flow switch is mainly installed on-line or plug-in in medium pipelines such as water, gas and oil to monitor the flow of water in the water system. When the water flow is higher or lower than a certain set point, the output alarm signal of the flow switch is triggered and transmitted to the unit, and the system can make corresponding indication actions after obtaining the signal. 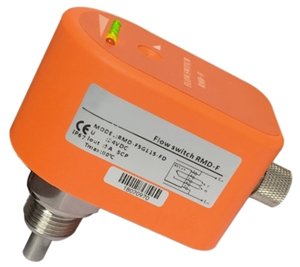 Thermal dispersion flow switches are designed according to the principle of heat exchange. The probe has built-in a heating module and a temperature sensing module. The thermal conduction of thermal flow switches is closely related to the flow rate of the medium. During the measurement, heat is generated by the heating module. If there is no medium flowing in the pipe, the heat received by the thermal sensing module is a fixed value. When there is a medium flowing, the heat received by the thermal sensor module will change with the change of the medium flow rate. The thermal sensor module converts the temperature difference signal into an electrical signal, and then converts it into a corresponding standard analog signal or contact through the processor signal is output. The thermal dispersion flow switch displays and controls the flow of the medium through this signal. 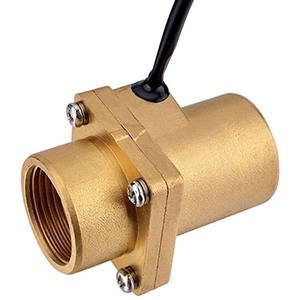