Why Should You Buy a Reactor?

Reactor is also called inductor. When a conductor is energized, a magnetic field will be generated in a certain space occupied by it, so all current carrying electrical conductors have inductance in the general sense. Reactor is a kind of common inductor in power, which is mainly used to solve common problems such as current limiting, filtering, smoothing, power factor compensation and so on. So why buy reactors? What is its function and principle? ATO gives you a brief introduction here.

When a short circuit occurs in the power system, a large short-circuit current will be generated. If not limited, it is very difficult to maintain the dynamic stability and thermal stability of electrical equipment. Therefore, in order to meet the requirements of breaking capacity of some circuit breakers, reactors are often connected in series at the outgoing circuit breaker to increase the short-circuit impedance and limit the short-circuit current. Due to the use of reactor, the voltage drop on the reactor is large in case of short circuit, so it also plays a role in maintaining the bus voltage level. It makes the voltage fluctuation on the bus less and ensures the operation stability of user electrical equipment on the non fault line. This is how the reactor works. 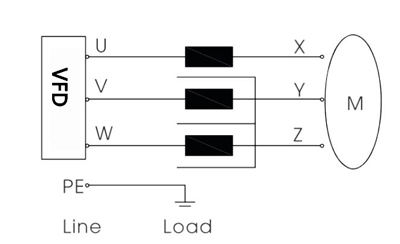 According to the properties of reactors, reactors are divided into many types. Different species have different functions. The following briefly introduces the specific functions of several reactors.

Series reactors are mainly used to limit short circuit current, but also used to limit high harmonics in the power grid in series or parallel with capacitors in filters. Its usual function is to limit the flow.

Shunt reactor is often used for reactive power compensation, which has many functions to improve the reactive power related operation of power system. For example, improving the voltage distribution on long-distance transmission lines; absorb the charging capacitive reactive power of the cable line and prevent the possible self-excitation resonance of the generator with a long line.

It is used to limit the current impact caused by the sudden change of power grid voltage and operating over voltage, smooth the peak pulse contained in the power supply voltage, or smooth the voltage defects caused by the commutation of bridge rectifier circuit, which can effectively protect the frequency converter and improve the power factor. It can not only prevent the interference from the power grid, but also reduce the pollution of harmonic current generated by rectifier unit to the power grid.

It is widely used in high and low pressure filter cabinets. The filter reactor and filter capacitor are connected in series and tuned to a certain resonant frequency to absorb the harmonic current of corresponding frequency in the power grid, so as to eliminate the harm of high-order harmonic to the main transformer and other electrical equipment in the system. After the filter reactor and capacitor are connected in series, it can not only effectively absorb the harmonic of the power grid, but also improve the power factor of the system, which plays a great role in the safe operation of the system. 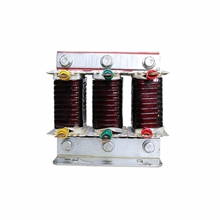 The DC reactor is connected between the DC rectification link and the inverter link of the frequency conversion system. It mainly limits the AC component superimposed on the DC current to a specified value, keeps the rectifier current continuous and reduces the current pulse value, which can make the operation of the inverter link more stable and improve the power factor of the frequency converter.

Above all, these are functions introduction of the reactor, which helps you solve the reason why you want to buy it.