The main function of the level sensor is to detect and control the liquid level, so what is the difference between the capacitive level sensor and the float level switch?

Capacitive level sensor: The capacitive liquid level sensor determines whether there is liquid by detecting the conductivity or insulation rate of the medium. It can be simply understood as judging whether there is water or no water according to the change of the detected capacitance value, and outputting high and low level signals (0 and 1 digital signals).

Float switch: The float liquid level switch is a contact sensor, and its accuracy is not high, and scale will occur after a long time, and the scale will increase the weight of the floating ball and affect the accuracy of liquid level detection. 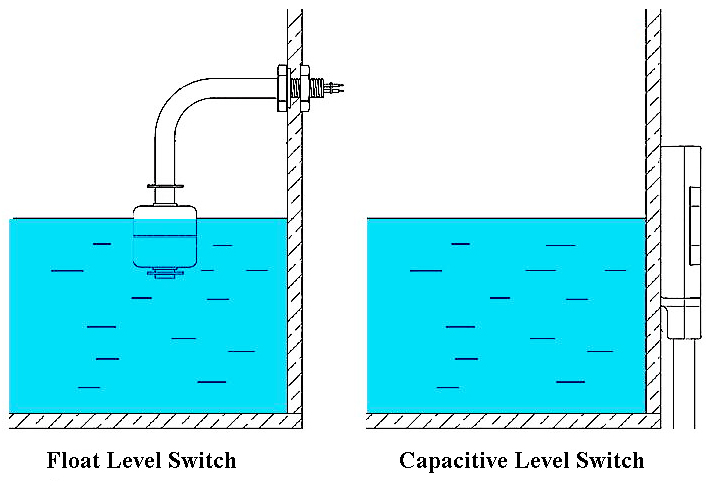 Float switch: The float level switch is a mechanically operated product, and the float is very easy to get stuck, so it cannot be used to detect viscous liquids, and liquids containing impurities can easily cause the float to get stuck.

Capacitive level sensor: The capacitive liquid level sensor has no mechanical operating parts, because it can detect the liquid through the medium, so no matter whether the liquid in the container has impurities, sediments, etc., or is corrosive, it will not affect the work, such as some gel type or Viscous hand sanitizer and other liquids can be detected with high reliability (provided that there is no metal object interference within 2cm around, and the sensor is close to the container).