AC contactor has a few coils while the DC contactor has more, they can be distinguished from the size of coil. In case the current of main circuit is too large (Ie>250A), the contactor shall adopt a series duplex winding winding. Coil of the DC relay has a large reactance, but small current. 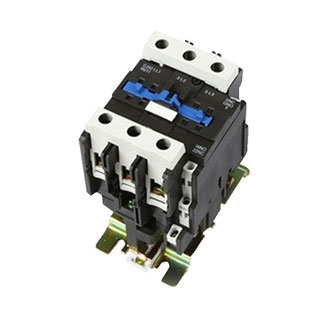 Iron core of the AC contactor is usually laminated by silicon steel sheet, so as to reduce the eddy current and hysteresis loss generated by alternating magnetic field in iron core, avoid the iron core overheating. However, iron core in the DC contactor's coil would not generate eddy current and there is no heating problem in DC core, so the iron core can be made of a complete cast steel or cast iron. Coil of DC circuit has no inductance, so the coil has more turns, thus leading to large resistance and copper loss. In order to keep a good heat dissipation for the coil, the coil is generally made into a thin and cylindrical shape. Coil of AC contactor has less turns and small resistance, but the coil also gives heat, so the coil is generally made into a fat and short cylindrical shape. Meanwhile, a clearance is left to facilitate heat dissipation while avoiding the coils from being burned out. In order to eliminate vibration and noise generated by electromagnet, a short circuit ring is embedded on the surface of static iron core of the AC contactor, while the DC contactor doesn't need a short circuit ring.

Iron core of AC contactor is laminated by silicon steel sheet, thus reducing the eddy current and hysteresis loss generated by alternating magnetic field in iron core. When the AC passes through the magnetic coil, the coil generates alternating actuation force on the armature. When the AC is at zero, the magnetic flow in the coil also becomes zero, so is the actuation force on the armature. Armature will show a release trend under the action of reset spring. 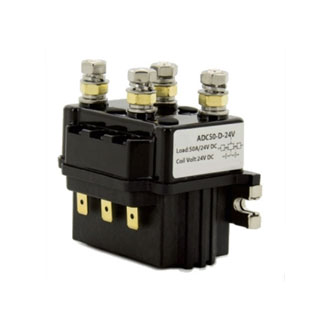 Purchase suitable AC contactor 9A to 95A, or DC contactor 50A to 600A on ATO, the more you buy, the more discounts.