What is UPS Battery Backup Used For?

UPS, also known as an uninterruptible power supply, is a constant voltage and constant frequency uninterruptible power supply with the energy storage device and inverter as the main component. It mainly provides uninterrupted power supply to a single computer, computer network system or other power electronic equipment. When the mains input is normal, the UPS will stabilize the mains and supply it to the load. At this time, the UPS is an AC mains voltage stabilizer, and it also charges the battery inside the machine. When the mains power is interrupted (accidental power failure), the UPS will immediately supply the 220V AC power to the load by inverting the power of the battery in the machine, so that the load can maintain normal operation and protect the software and hardware of the load from damage. 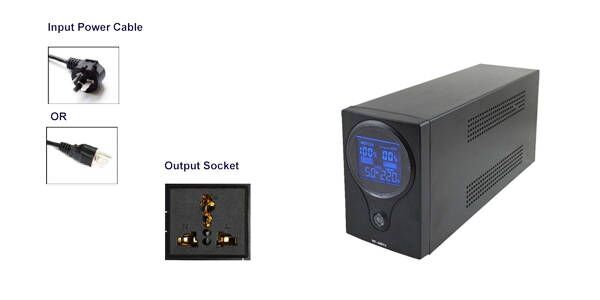 In the early days of its development, UPS was only regarded as a backup power source. Later, due to voltage surges, voltage spikes, voltage transients, voltage sags, continuous over voltage or under voltage or even voltage interruptions and other ethylene-based power grid quality problems, the electronic systems of computers and other equipment were disturbed, resulting in damage to sensitive components and information. Loss, disk programs are flushed, etc., which cause huge economic losses. Therefore, UPS has been paid more and more attention and has gradually developed into a power protection system with functions such as voltage regulation, frequency stabilization, filtering, anti-electromagnetic and radio frequency interference, and anti voltage surge.