2 Kinds of Technology of Sewage Pump

Sewage pump is a pump and motor connected, and at the same time into the liquid pump products, compared with the general horizontal pump or vertical sewage pump, sewage pump compact structure, small footprint, easy installation and maintenance. In this article, we will introduce two kinds of technology of submersible sewage pump. The so-called auxiliary impeller hydrodynamic seal refers to the installation of an open impeller in the opposite direction near the back cover of the impeller of the sewage pump. 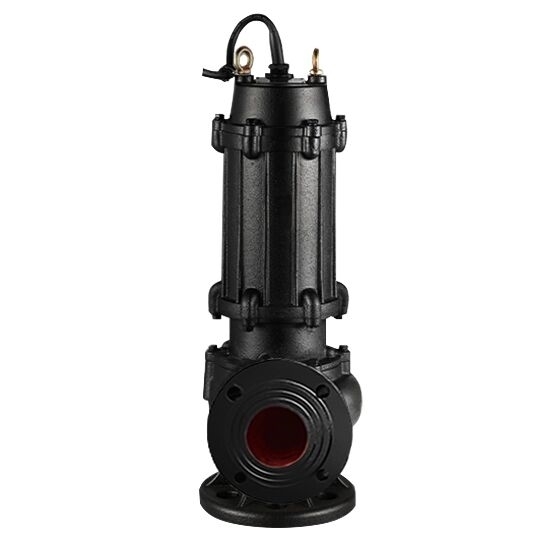 The so-called auxiliary impeller hydrodynamic seal refers to the installation of an open impeller in the opposite direction near the back cover of the impeller of the sewage pump. When the industrial sewage pump works, the auxiliary impeller rotates with the pump spindle, and the liquid in the auxiliary impeller will rotate together. The rotating liquid will produce an outward centrifugal force, which on the one hand resids the liquid flowing to the mechanical seal and reduces the pressure of the mechanical seal. On the other hand, it prevents the solid particles in the medium from entering the friction pair of mechanical seal, reduces the wear of the grinding block of mechanical seal, and prolongs its service life. In addition to sealing, the auxiliary impeller can also play a role in reducing the axial force. In the submersible sewage pump, the axial force is mainly composed of the differential pressure force acted by the liquid on the impeller and the gravity of the whole rotating part. The direction of action of the two forces is the same, and the resultant force is formed by the addition of two forces.

It can be seen that in the case of the same performance parameters, the axial force of the submersible wastewater pump is larger than that of the general horizontal pump, and the balance difficulty is more difficult than that of the vertical pump. Therefore, in the submersible sewage water pump, the reason why bearings are easy to damage is also greatly related to the axial force. If the auxiliary impeller is installed, the direction of the differential pressure force acted on the auxiliary impeller by the liquid is opposite to the combined force of the above two forces, so that part of the axial force can be offset, which also plays a role in extending the life of the bearing of 3 phase sewage pump. But the use of deputy impeller sealing system also has a disadvantage, that is, in the deputy impeller to consume a part of the energy, generally about 3%, but as long as the design is reasonable, it can reduce this part of the loss to the minimum.

In general centrifugal pump, the power is always along with the increase with the increase of the flow, that is to say, the power curve is a rising curve with the increase of flow rate, the use of the pump will lead to a problem: when the high head sewage pump design point operation, in general, the power is less than the motor rated power of the 1.5 hp submersible sewage pump, the use of the pump is safe; But as pump head decreases, flow increases, and so does power. When the flow exceeds the design working point flow and reaches a certain value, the input power of the sewage submersible pump may exceed the rated power of the motor, resulting in motor overload and burn. Motor overload operation or protection system action to stop the pump rotation; Or the protection system fails and the motor burns up. The pump head is lower than the design working condition head use situation, in practice is often encountered, one situation is in the pump selection, the pump head is too high, and the actual use of the pump is to reduce the head use; Another case is that the working point of the submersible effluent sewage pump in use is not very good to determine.